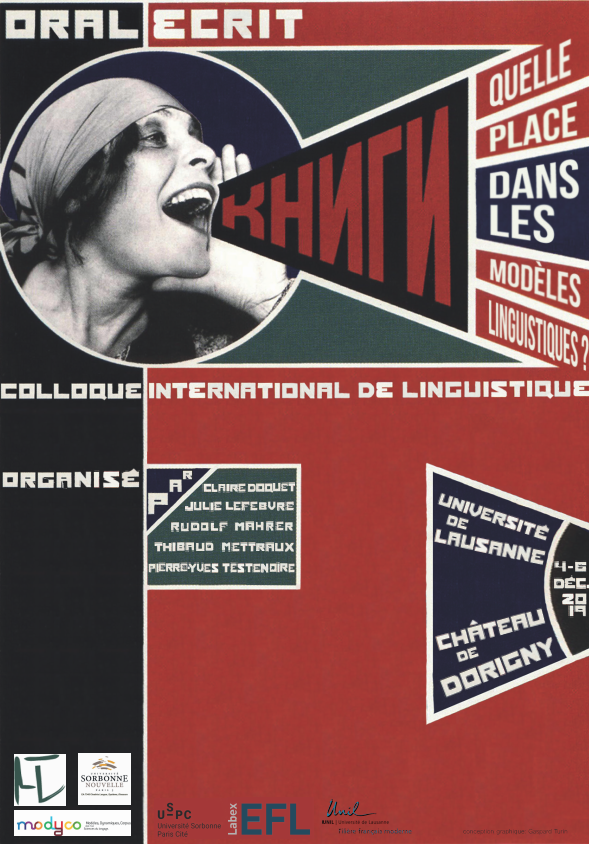 Historical linguistics has written texts as its first-order witness (Lass 1997). While some exceptions can be found to this assertion (e.g. past grammarians explaining the links between written symbols and their pronunciation, or the availability of recordings from late 19th century onwards), using written texts as the basis for the study of diachronic linguistic in most cases may be the only way to carry out such a task, which leads us to a pair of inevitable distortions. One, there is a limited amount of texts, which means that some linguistic phenomena may not be reflected in the extant data. Two, available texts may not have been edited at the time in which texts were first composed, which means that details about the form and structure of a language may be obscured by editorial interventions (Hogg 1992).

Thus, dealing with historical linguistics entails a discussion about the definition of written language, regardless of whether this is made explicit or not. Either written language is a copy or secondary system to orality, as defined by mainstream structuralist linguists, or it is a representation system, different from oral language, with a number of links to the latter (Blanche-Benveniste, 2000; Olson, 1994; Sampson, 1985). Theoretical consequences for historical linguistics in the written language-as-orality copy model are that conclusions extracted from written texts can be generalized to language in general; whereas in the written language-as-representation system model, careful consideration should be given before trying to extrapolate any conclusions from writing to orality.

Since the 1990s, Spanish language has been the target of a growing interest in the field of historical linguistics, which has led to the publication of the series Historical syntax of Spanish language (original title: Sintaxis histórica de la lengua española). The three parts of this collective, corpus-based work intend to analyse a wide range of linguistic changes in the verb, noun and adverb phrase, as well as modifications in the use of conjunctions, prepositions, coordinating and subordinating clauses.

A closer observation at the corpora used in the chapters of that work shows that written texts are the main source for the analyses therein presented. However, neither general introductions, nor chapters discuss the issues raised by the use of written texts. Additionally, conclusions from the analysis made in each chapter are intended for Spanish language at large, regardless of the absence of oral texts in the corpora used. This seems to fit within the conception of written language-as-orality copy model.

In this work, we analyse the theoretical consequences of adopting the aforementioned conception of written language for analysing historical syntax in Spanish. We take a close look at the chapters dedicated to the study of adverbs from Historical syntax of Spanish language, part three, since they allow to study the problems arising from word segmentation into the analysis of the formation of adverbs in Spanish and the conclusions extracted from the corpus analysis. We also discuss the question of what advantages could be brought about by adopting a written language-as-representation system model for the study of Spanish historical syntax.